Austrian artist to exhibit works made from election campaign banners

Austrian artist, Karel Dudesek, will hold an exhibition featuring creations from around 96 political campaign banners and posters left behind from the 2019 general elections.

The exhibition will bear the theme, "The Collection of Transformational Works from the Indonesian 2019 Election" and be held at the Kalahan Studio in Yogyakarta from July 27 to August 8, as revealed in a statement received here on Thursday.

Dudesek will open the exhibition with a puppet (wayang) show, in which he will be the puppet master (dalang).

His works will display power relations intertwined behind fabrications of friendly smiles, hopeful gazes, and buntings full of convictions, all of which had become everyday sights during the campaign period.

The artist, who is also a professor of medium art, said he had infused stories into the otherwise lifeless banners.

In one instance, he removed the faces of a few candidates from certain banners, as they face-sensitive legal battles for blasphemy allegations and corruption scandals.

His artworks have somehow managed to mimic the habits of Indonesian people, who often recycle campaign banners and posters, and turn them into table runners, stall tents, and even vehicle and floor covers.

These recycling methods have been adopted by Indonesians, as the abundant campaign banners and posters are often made of materials that can take years to decompose, such as polyvinyl chloride.

Related news: Police investigated 10 hoax cases since rally on May 22 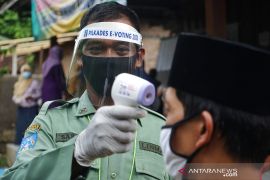 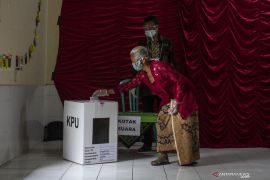 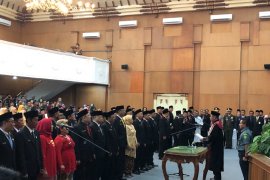 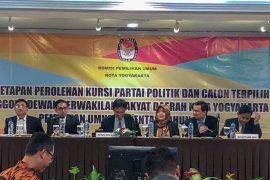 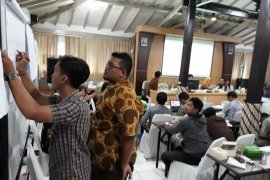 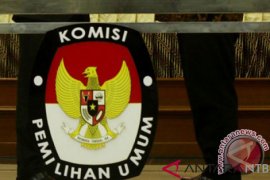 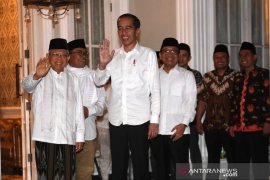 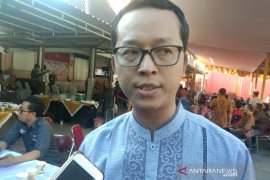 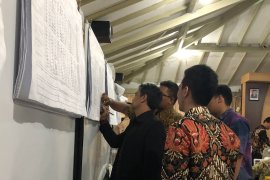 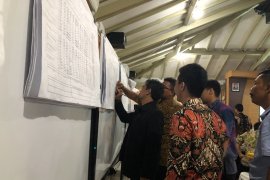 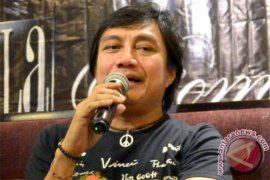 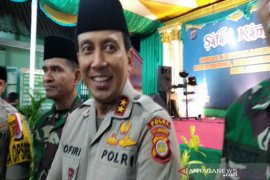